Dame Julia is currently Chair of Public Health England and President of the Royal Society of Biology. She was Vice-Chancellor and President of the University of Kent from 2007 until 2017, the first female President of Universities UK and a member of the Prime Minister’s Council for Science and Technology. She is a fellow of the Academy of Medical Sciences, Royal Society of Biology and the Institute of Physics and is an honorary member of the Biochemical Society. Julia’s scientific studies pioneered the use of computational methods to study the structures of large biologically important molecules. She became Professor of Biomolecular Sciences in 1995 at Birkbeck, University of London, where she was appointed Vice-Master from 1998 –2002. Before joining the University of Kent, Julia was Chief Executive of the Biotechnology and Biological Sciences Research Council (BBSRC). 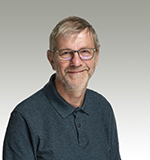 Current President, Pete Downes, has said: “I am delighted that Julia is to succeed me as President next year. The Biochemical Society will gain tremendously not only from her strong, inclusive and engaging leadership, but also from her visionary approach to viewing the life sciences holistically and integrating disciplines.” 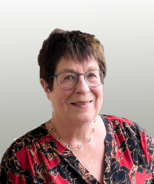 Julia has said: “It is an honour to be elected the next President of the Biochemical Society. I look forward to working to support the membership at a time when their skills are needed so much by society.”

We're delighted to launch our new three-year strategy, covering both the Biochemical Society’s activities and those of our publishing arm, Portland Press.

Professor Sir Pete Downes has officially stepped down from his position as President of the Biochemical Society, bringing his five-year term of office to a close

Collection of papers on SARS-CoV-2 enzymes

The Biochemical Journal has published new research that identifies a range of potential antivirals, which could be developed into new treatments for COVID-19 or future coronavirus outbreaks.