Professor Sir Pete Downes has officially stepped down from his position as President of the Biochemical Society, bringing his five-year term of office to a close at the Society’s Annual General Meeting on 21 July 2022.

Since stepping into the role in January 2018, Sir Pete has steered the Society through considerable change and has been instrumental to ensuring our community of molecular bioscientists continues to be supported in the best way possible. His presidency has witnessed some extraordinary world events – not least of which being the COVID-19 pandemic – and he has demonstrated exceptional leadership to stabilise the Society’s position and help successfully pivot our offerings in times of significant flux. The organization-wide response to the pandemic was driven under his stewardship as the Society shifted to online events and remote working models, enabling us to offer sustained support for our community in innovative and forward-thinking ways.

Great strides have been made across numerous areas during his tenure, including a commitment to open access publishing that has seen us move to the forefront of change across the sector, with successful piloting of transformative Read & Publish models, the uptake of which has grown year on year since launch. Collaboration between the Society and our publishing arm, Portland Press, has grown significantly, his term setting the tone for synergistic working across departments, particularly reflected in the recent launch of the Society’s curated content packages.

As well as being the President of the Society and Chair of the Council of Trustees, Sir Pete has previously held Chair positions on the Society’s Awards and Nominations Committees, overseeing numerous appointments and volunteering time to speak with incoming Trustees and colleagues. He has been a passionate advocate for the Society’s equality, diversity and inclusion (EDI) agenda, opening up relevant discussions and championing inclusion at all levels, and has also driven increased support for early career molecular bioscientists. Establishment of both the EDI Advisory Panel and the Early Career Advisory Panel attest to his work on these fronts and we look forward to maintaining our EDI focus, alongside support of molecular bioscientists across all career stages.

Despite the incredible challenges faced in recent years, he leaves the Society and Portland Press in a strong and stable position, with support safeguarded for our staff and community well into the future. We wholeheartedly thank him for his leadership and dedication and recognise his work has laid the foundations for our newly-launched strategy to now build on.

Professor Dame Julia Goodfellow succeeds Sir Pete as the Society’s President and we are delighted to welcome her into the role. Dame Julia was Vice-Chancellor and President of the University of Kent from 2007–2017, the first female President of Universities UK, and a member of the Prime Minister’s Council for Science and Technology. Her scientific studies pioneered the use of computational methods to study the structures of large biologically important molecules, with her appointment to Professor of Biomolecular Sciences at Birkbeck, University of London in 1995, where she was subsequently appointed Vice-Master from 1998–2002. Before joining the University of Kent, Dame Julia was Chief Executive of the Biotechnology and Biological Sciences Research Council and she is also a fellow of the Academy of Medical Sciences, Royal Society of Biology, and the Institute of Physics. 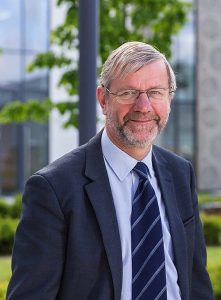 “The molecular bioscience community has always been central to the Society’s objectives and I have the satisfaction of knowing that this continues to be the case – even more, that I finish my term as President with the Society in a strong position to maintain and build on support for the community in new and innovative ways. It has been an honour and a privilege to serve as President alongside outstanding colleagues on the Council of Trustees, as well as on the various Boards, Panels and Committees across the organization. The reputation and credentials of my successor, Professor Dame Julia Goodfellow, precede her and I am sure Dame Julia’s term as President will cement the progressive culture of the Society and Portland Press for years to come.”

We're delighted to launch our new three-year strategy, covering both the Biochemical Society’s activities and those of our publishing arm, Portland Press.

The Society is pleased to announce that our next President will be Professor Dame Julia Goodfellow, who will take over from the current President, Professor Sir Pete Downes, in July 2022.

Collection of papers on SARS-CoV-2 enzymes

The Biochemical Journal has published new research that identifies a range of potential antivirals, which could be developed into new treatments for COVID-19 or future coronavirus outbreaks. 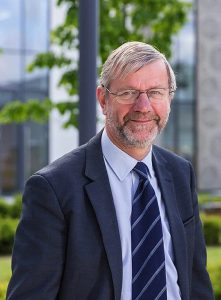